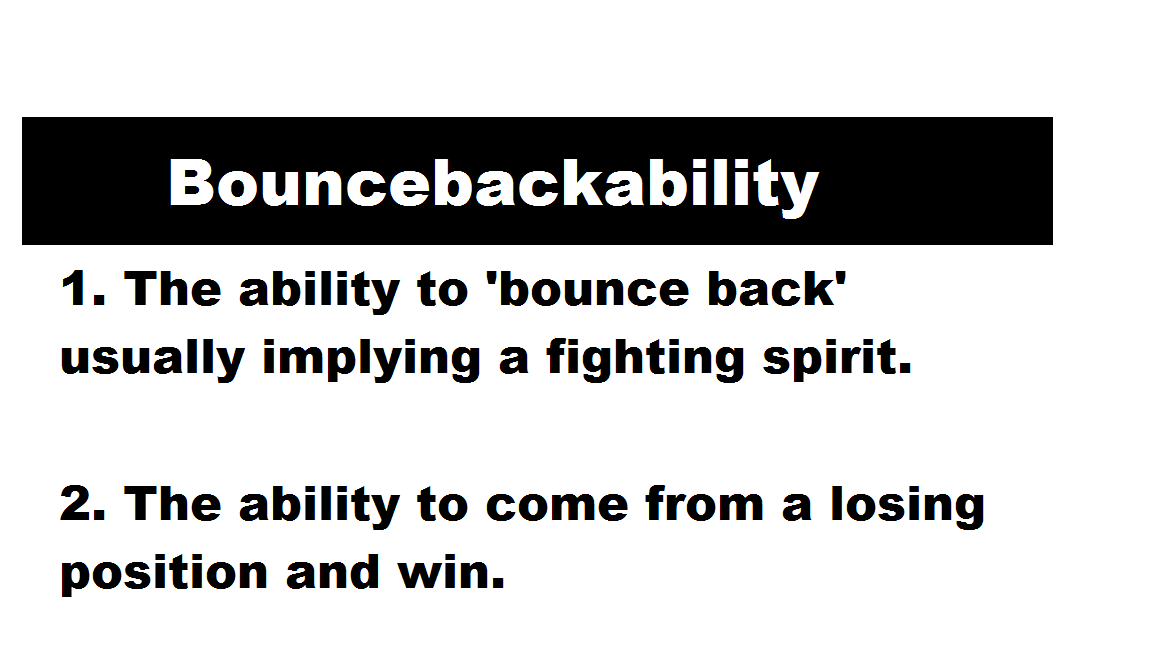 Bouncebackability – The ability to bounce back

Many people claim to be great leaders when things are going well and this has recently been seen on and off the pitch in the European football Championships. It is often however easier to see real leadership when times are tough and backs are against the wall. The recent events in the United Kingdom certainly leave a void which is waiting to be filled by the new leader of the government and perhaps the opposition. This determination two seat of time through is something that we all need and can benefit from greatly. Some people may naturally have stronger characters to step up when things are difficult however these skills and characters are something that can surely be learnt and developed.

The term bouncebackability was invented by the ex-player and then manager of Crystal Palace Iain Dowie. This was to describe the comeback of his football team who were 2-0 down and eventually overturned the deficit to win 3-2. Perhaps the greatest comeback ever in football was achieved by Liverpool in the Champions league in 2005. They sensationally came from three goals down at half-time in a match later dubbed the miracle of Istanbul. The belief that the Liverpool team had was remarkable and in a situation where many teams would roll over and give up. In a remarkable seven minutes they scored three goals and finished the game at 3-3 and eventually winning after a penalty shootout.

Bouncebackability is something that we all need and there are a few things we can do to turn things around.  The best advice is to “Control the controllables” – you can’t control what has happened but you can control what you do next. This may be taking some time out to mentally refocus and recharge the batteries. There are habits we can get into that make it easier for us to come back stronger. If you are able to develop these habits you can find yourself automatically moving on with a positive attitude. Strategies and plans can also be developed so when things do not go as expected we have a backup plan.

Difficult times can often put pressure on the most successful teams and highlight differences and divisions. Great leaders can unite us and turn negativity into hope that will carriers forward to a better place.